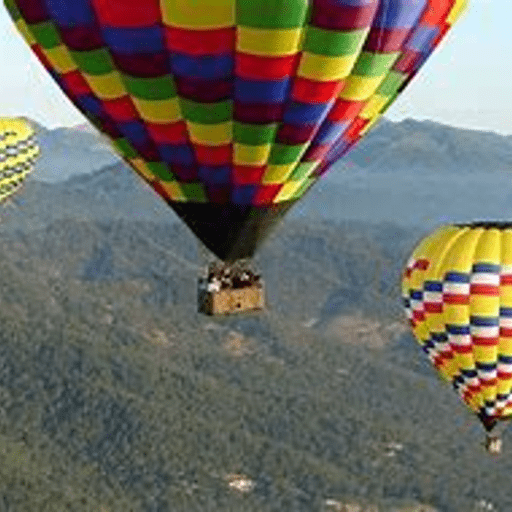 A hot air balloon is a lighter-than-air aircraft consisting of a bag, called an envelope, which contains heated air. Suspended beneath is a gondola or wicker basket, which carries passengers and a source of heat, in most cases an open flame caused by burning liquid propane. The heated air inside the envelope makes it buoyant since it has a lower density than the colder air outside the envelope. As with all aircraft, hot air balloons cannot fly beyond the atmosphere. The envelope does not have to be sealed at the bottom, since the air inside the envelope there is at about the same pressure as the surrounding air. In modern sport balloons the envelope is generally made from nylon fabric and the inlet of the balloon is made from a fire resistant material such as Nomex. Modern balloons have been made in all kinds of shapes, such as rocket ships and the shapes of various commercial products, though the traditional shape is used for most non-commercial, and many commercial, applications.

Do you have questions about hotairballoons?

Log in to ask questions about hotairballoons publicly or anonymously.

Liked by John Owens and 1 other